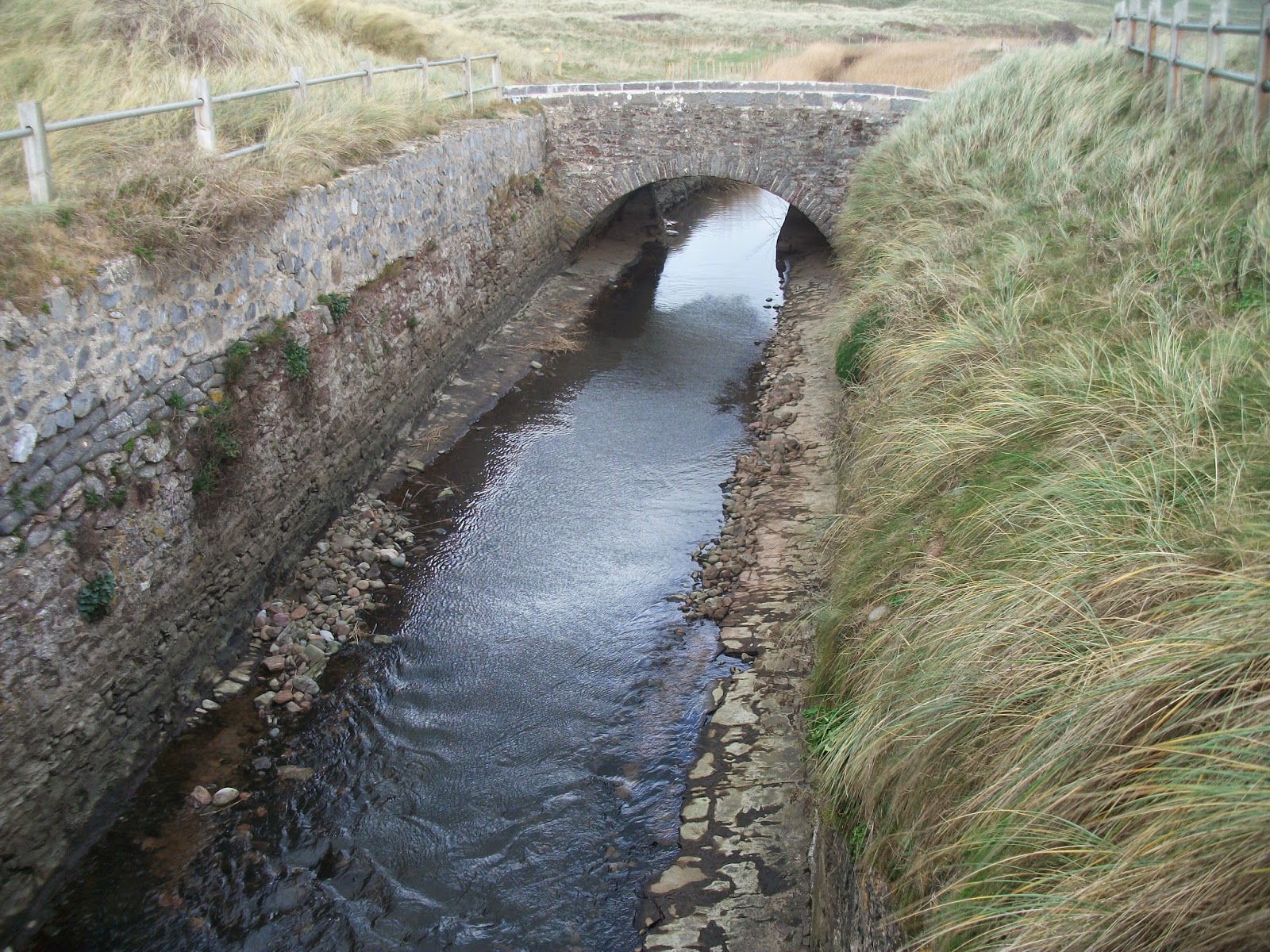 Further damage to the 1798 listed chamber compare with Feb 2014 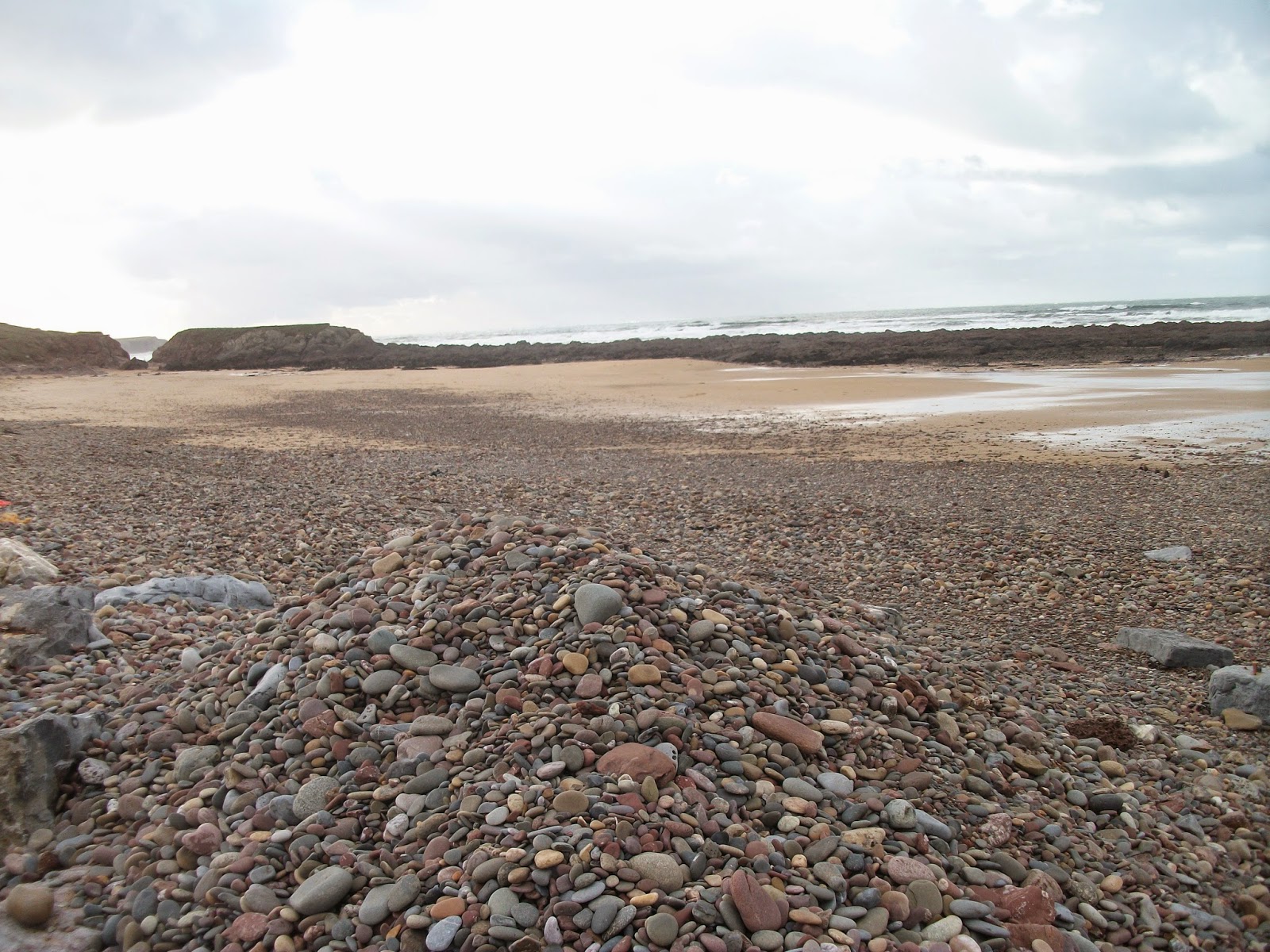 Today 191214 further clearance of the culvert now needing weekly maintenance.Was self maintaining, with minor maintenance has functioned since 1798 until the National Trust abandoned maintenance.

AWAITING PLASTIC PIPE AND COASTAL REALIGNMENT UTTER RUBBISH TRY FOR ONE YEAR FAIL THEN HIS WILL JUSTIFY ABANDONMENT AND ALL THAT THAT ENTAILS. THE DESTRUCTION OF THE SSSI.
Posted by Ian campbell No comments:

In preparation for the filming on Freshwater West beach the National Trust demolished an essential part of the Grade 2 Listed Structure which had functioned for two hundred years since the scheme was awarded the Gold Medal for Agriculture by the Royal Society in 1800
The medal was awarded to John Mirehouse then agent to John Campbell of Stackpole.
Castlemartin Corse was a unique SSSI Calcareous Water Meadow, now due to the demolition it is becoming a Reed Bed Alder Carr one of many in Wales.
Pembrokeshire Coast National Park and the National Trust promised to replace the structure after filming for which they were paid the total sum of £3.5 million.
They did not replace the structure but have gradually removed all traces from the beach, only after a long campaign and a Monitor Officer report with the benefit of Freedom of Information Requests they propose to “site a plastic pipe down the beach to see what happens before they realign the coast.”.
Anyone who knows the surf the storm beach and rapid changes in the distribution of the sand one day six feet deep next day gone to reappear days later will understand the futility of the plans agreed by the National Trust Pembrokeshire National Park Pembrokeshire County council and 21C Pembroke.
They made a mistake they broke their promises now they must not continue in denial to save face.
Freshwater West is precious and very vulnerable, the land behind was a functioning system which balanced conservation and agriculture, for the benefit of both until the National Trust ceased maintenance of the drainage to “return it to how God intended”.


Posted by Ian campbell No comments:

When I Correspond with the minister we expect the Minister to reply,you cannot hide behind Rhodri Kelly there is a clear dichotomy between a strict interpretation of the law and political directionConcerns
Grant to Pembrokeshire Coast Forum dominated by commercial exploitation of very precious assets,short term shamefull claptrap.Grant to NT for Castlemartin PeninsulaTo NT in partnership with 21c both guilty of disastrous harmful environmental acts. continuing degradation of the SSSIs in their care.21c a body set up to attract grants with a proven record of wasting them , a record of using legal threats, to local activists and of taking on board as their own projects and taking grants  for which local societies have already completed.
National Trust legal bullying of concerned members.South Pembrokeshire estuariesAll degraded all polluted by inaction of PCC PCNP NT all under the stewardship of one NRW employee who we thought had been disciplinedThe domination by funding from the Refinery by their grant officer to further the degradation by him one NRW employee and one NT employee.All this has been documented, with many FOI requests and monitor officer reportsYou are ultimately responsible and should take this seriously
Posted by Ian campbell No comments: 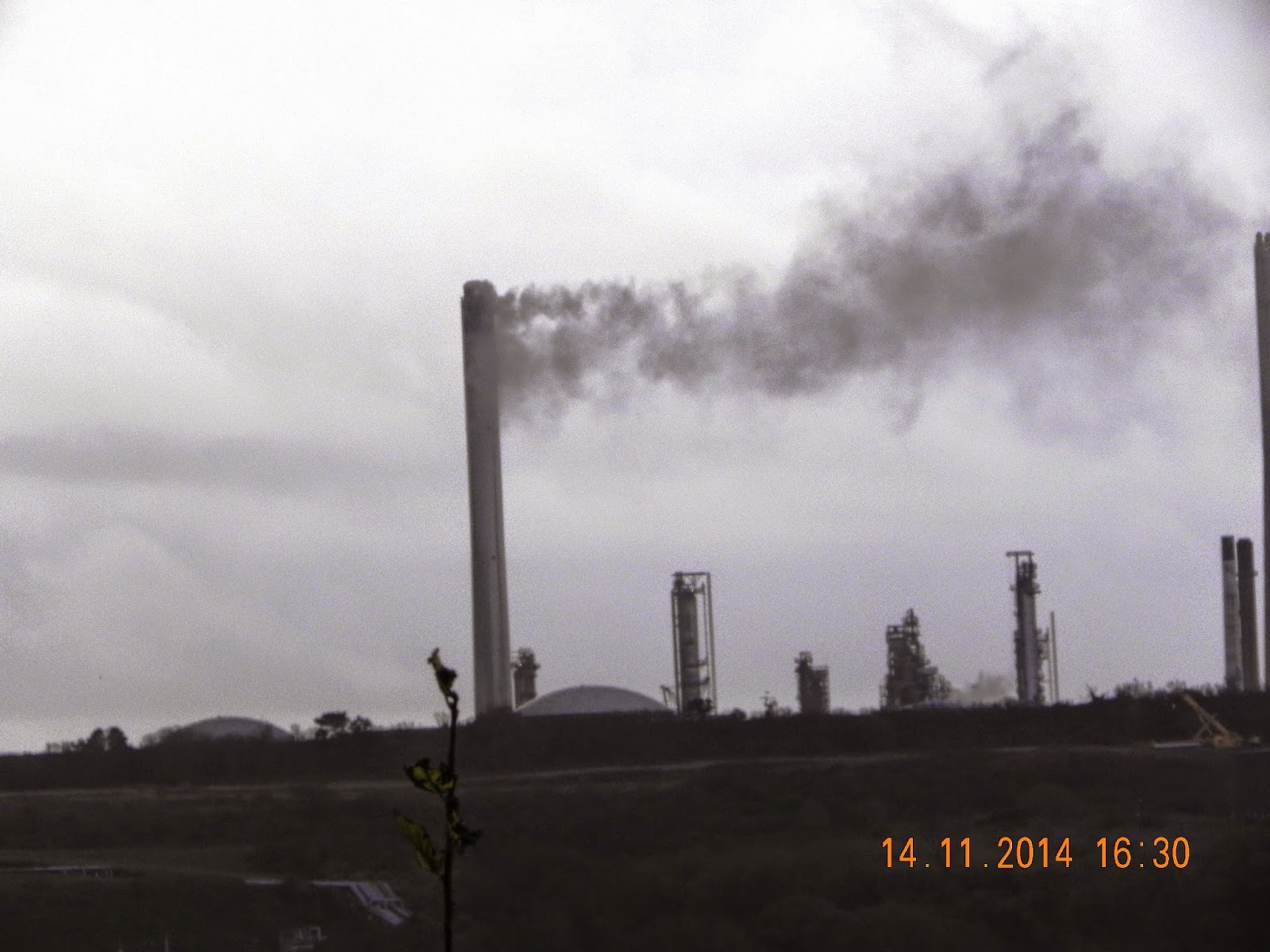 At this time of year we can see the plumes from the refineries and power station,we have very many dated photographs.
We also have the timed output from our solar panels 3.5 kw down to 150 watts when the wind is blowing the plumes overhead.
NEXT  WEE K PLANNING APPLICATION FOR A WASTE ELECTRICITY GENERATING PLANT (TOXIC WASTE FROM OIL INDUSTRY) TO TAKE UP TO 300 000 TONNES IMPORTED BY SEA
Posted by Ian campbell No comments:

National Trust have decided to place a temporary plastic pipe to replace the listed culvert and "See what happens"
Posted by Ian campbell No comments: