Comments are being sent anonymously, if these persons wish to be treated seriously and answered they should be contactable.
ALL POSTS ARE CAREFULLY RESEARCHED SOMETIMES THE SOURCES WISH TO BE IN CONFIDENCE WE MUST RESPECT THAT
Once upon a time documents could be Deposited in National Collections under embargo (access by permission of donor)
The Condems changed this only certain documents (national security) can be embargoed
With the Conservative austerity regime all services are being massacred
Most government records have to be destroyed at the end of each year, except those that have to be kept for defined periods
Posted by Ian campbell No comments:

Trees felled rather than conserved 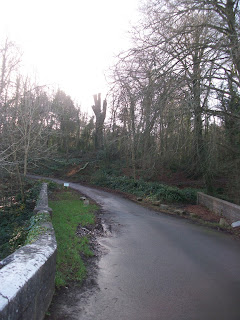 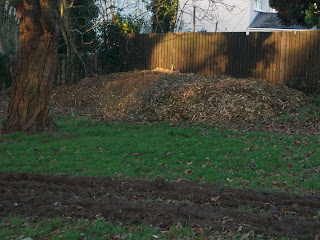 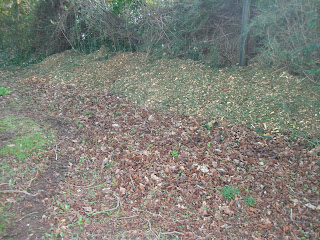 Chipped trees piled at  the bottom of private hedges and private fences causing much damage
Posted by Ian campbell No comments:

Thoughts for the New Year

Access the RED LIST of endangered species
Then drive around the countryside.
I can only speak for Pembrokeshire
The Pembrokeshire Coast National Park, The National Trust,South and West Wales Naturalist Trust have destroyed the wildlife in Pembrokeshire by incompetent mamnagement.
The guilty men now are old and bowed, in public scurrying hoping not to be accosted.
The new generation with few exceptions are worse presiding over strimming everything flailing the mass destruction of trees for Heath and Safety the driving of access paths  the promotion of access to previously undisturbed sites of wildlife value.
Wood lands can be managed to allow access by paths allowing brambles to grow on the edges of paths then the fantastic older trees allowed to decay safely viewed outside the danger from falling branches.
There are no longer any refuges for any wildlife, those which survive are treated as an economic assets face to raise money to employ the rising numbers of beaurocrats required to manage them  no consideration for the destruction by visitors in many a twenty four hour presence of humans  with multiple dogs.
Sites which once supported thousands of migratory wildfowl over winter are now sterile haunts for single figure passerines
Sites which successfuly balanced agriculture and conservation for centuries are being rapidly destroyed by the very bodies once tasked to protect them.
NOTE most have changed their aims under Conservative  government pressure from first" conservation of natural resources" to"the economic development of Natural Resources"
Posted by Ian campbell 1 comment: